DO YOU FIND YOUR QUALITY DOCUMENTATION SIMPLE AND EFFECTIVE?

Get back to basics: processes and activities

So that your quality system is linked to a real life and can be understood by the teams.

So that each employee
understands THEIR role in the processes, and the instructions for THEIR position.

So that everyone can quickly find the instructions, tutorial, or the necessary explanation faster than a search on YouTube!

FINALLY SIMPLE DOCUMENTATION THAT EVERYONE UNDERSTANDS

Thanks to Sinfony's methods, we are lightening integration programs for newcomers, and we will start work on the rest of the documentation.

Thanks to the video work instructions "60 seconds flat", we are really entering the era of modern documentation.

Thanks to the video work instructions, we can easily integrate 70 new employees when we start our new building.

Find all the principles of the simplified documentary system thanks to the video, in this conference given by Olivier DEPARDIEU at the A3P in Biarritz, in 2018.

A3P is the French-speaking association of pharmaceutical manufacturers in a sterile environment, a highly documented environment.

HOW MUCH DOES YOUR INEFFICIENT DOCUMENTATION COST? 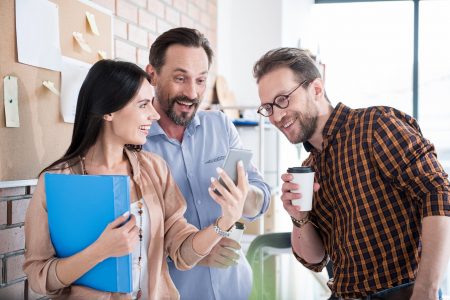 WHEN SHOULD I SWITCH TO SIMPLIFIED DOCUMENTATION ?

WHAT DOES SIMPLIFIED DOCUMENTATION REALLY CONTAIN ?

Starting with the Quality Manual! Each chapter can be the subject of a video, but be careful, the technical format of the video must be adapted to its content. For example, management engagement should be in "interview" format.

Processes, procedures, work instructions, 80% of your content can be put on video.

Read this article if you’re not convinced  https://toutes-les-videos-business.com/manuel-qualite/

To be profitable and viable, your video conversion project must be part of a logic of efficiency and productivity logic.

The methods of web marketers, based on neuro-messages, and our methods of fast video production, make it possible to be very productive when creating content.

To be profitable, a video conversion project must go through a transition phase, and in acquisition of skills.

The "documentation department" + "training department" structure, created in the 80s, will be turned upside down by this video revolution.

We will be there to accompany it.

TRY THE SINFONY APPROACH FOR FREE

HOW DO I GET STARTED ?

What are the painful areas today?  The processes, the activities, the areas of the organization where you have the most pain? Where are the risks greatest?

With our help, unroll a pilot in one of these painful areas.

Learn our methods, train yourself with our online training and face-to-face interventions.

Get the teams on-board, even the most reluctant.

Evaluate the impact on your systems in place and determine the points that will pose obstacles during implementation.

Prepare a budget and a realistic roadmap, taking into account the document conversion, but also the evolution of tools, skills and organization

Measure the impact of the pilot on the field: quantitative and qualitative.

Evaluate the total conversion effort, put it in your budget over one, two or three years.

And roll out the project using an agile method, thinking carefully about changing the master procedures of documentation and training.

"Let's remove text-based procedures that no one reads and PowerPoint training that no one understands."

Sinfony was created in May 2017, under the leadership of Olivier DEPARDIEU, an international consultant with nearly 20 years of experience in the organization and reorganization of processes in the pharmaceutical, oil, and nuclear industries.

Noticing the disasters caused by inefficient procedures and training in large groups, Olivier sought inspiration in the unexpected world of solopreneurs of web marketing.

Olivier wanted to understand how young entrepreneurs in the digital world were able to sell training on the Internet. What were the mechanisms based in neuroscience they were using?

From there, after understanding this world, far from the hushed atmosphere of industry corridors, Olivier launched exploratory tests in the banking and consulting industries to apply web marketing methods to internal training programs in large groups.

In mid-2018, Sinfony entered the world of the pharmaceutical industry.
In mid-2019, Sinfony launched a mastermind with several pharmaceutical companies.
The goal? Establish a new GMP training standard that would be effective, modern, inexpensive, adaptable by any laboratory, and scalable to other parts of GMP than just part 1.

Today this standard is available for all pharmaceutical laboratories wishing to finally have an appealing GMP training course!

WHY IS THE VIDEO QUALITY MANUAL
BECOMING A REALITY ?

Because your procedures are already obsolete!

What guarantees that it is effective?

What will the auditor say when they see my simplified video quality manual?

The basic principle of any standard is simple: document critical processes and activities, in order to make them reproducible.

This involves training people in the activities mentioned.

Today, with your 50-page procedures that no one reads, and your soporific PPT training that no one understands, you are not fulfilling this objective.

And if you try to add complexity with augmented reality, or virtual reality, you only make the problem worse.

Our approach is to first return to the "need base 0", and therefore worry about what the employee really needs to work.

This is so that he has a better understanding of his activities, and better control.

If the content is explicit, accurate, with controlled versioning, controlled distribution, and certified knowledge, then the listener can only agree with you.

Because your kids will never read your procedures.

The Cloud, SAS applications, and very high-speed Internet have enabled unprecedented concentrations of IT resources.

Every LMS in the Cloud today, for a few cents per month and per user.

The brake today remains partly in the conservatism of IT departments, which must deal with cybersecurity, the full cost of v-software already purchased, the amortization of licenses, etc.

Because the technologies are available, and no longer cost a great deal.

The Cloud, SAS applications, and very high-speed Internet have enabled unprecedented concentrations of IT resources.

The smallest LMS is in the Cloud today, for a few cents per month and per user.

The brake today remains partly in the conservatism of IT departments, which must deal with cybersecurity, the full cost of v-software already purchased, the amortization of licenses, etc.

Even explanations of concepts or procedures with tools like our video booth (see here, the video of our sister company PitchBar).

The editing can be outsourced very well, and the software is also simplified.

The real cost of video is no longer in its technology, but in the relevance of its content.

Irrelevant content, produced without an adapted design method, represents only a cost, and no benefit.

It is up to you, therefore, to understand the methods of designing effective and inexpensive content.

I thought it was digital transformation?

The digital transformation of the chain from consumer to consumer is indeed the most profitable disruption that can be found in the industry.

Just look at Amazon to realize that.

But even Amazon has employees, who must apply procedures, work instructions, and be trained.

Even when lots of little robots happily roam the corridors of our factories, we will have people to program them, improve them, and repair them.

These people will have to apply procedures and be trained.

Switching to the Simplified Video Quality manual will always be a profitable project, with a strong impact on margins, and on the company culture.

And moving to manual video quality is part of your digital transformation. When do you attack it?

What is the impact on my organization if I switch to the Simplified Video Quality manual?

This is a very good question, because it carries a great deal of humanity.

Today you have people, 20% of your full-time equivalent workforce, who spend time scratching paper, and trying to teach others to decode the content.

So yeah, when we've proven to you that 70% of what these people are doing is of little value (but not because they're doing it wrong, just because the methods are outdated), and you've figured it out the power of merging documentation and training content, there you will have to ask yourself questions.

You will have choices to make. Courageous choices perhaps, but responsible managerial choices.

Your documentation department and your training department will perhaps merge… Or not… You will have staff movements, or not… It will be up to you to choose how you will use the gains you will make.

FOR MORE INFORMATION, MAKE AN APPOINTMENT

This website uses cookies to improve your experience while you navigate through the website. Out of these, the cookies that are categorized as necessary are stored on your browser as they are essential for the working of basic functionalities of the website. We also use third-party cookies that help us analyze and understand how you use this website. These cookies will be stored in your browser only with your consent. You also have the option to opt-out of these cookies. But opting out of some of these cookies may affect your browsing experience.
SAVE & ACCEPT

Download the "QUALITY VIDEO MANUEL" training for free and start right away!